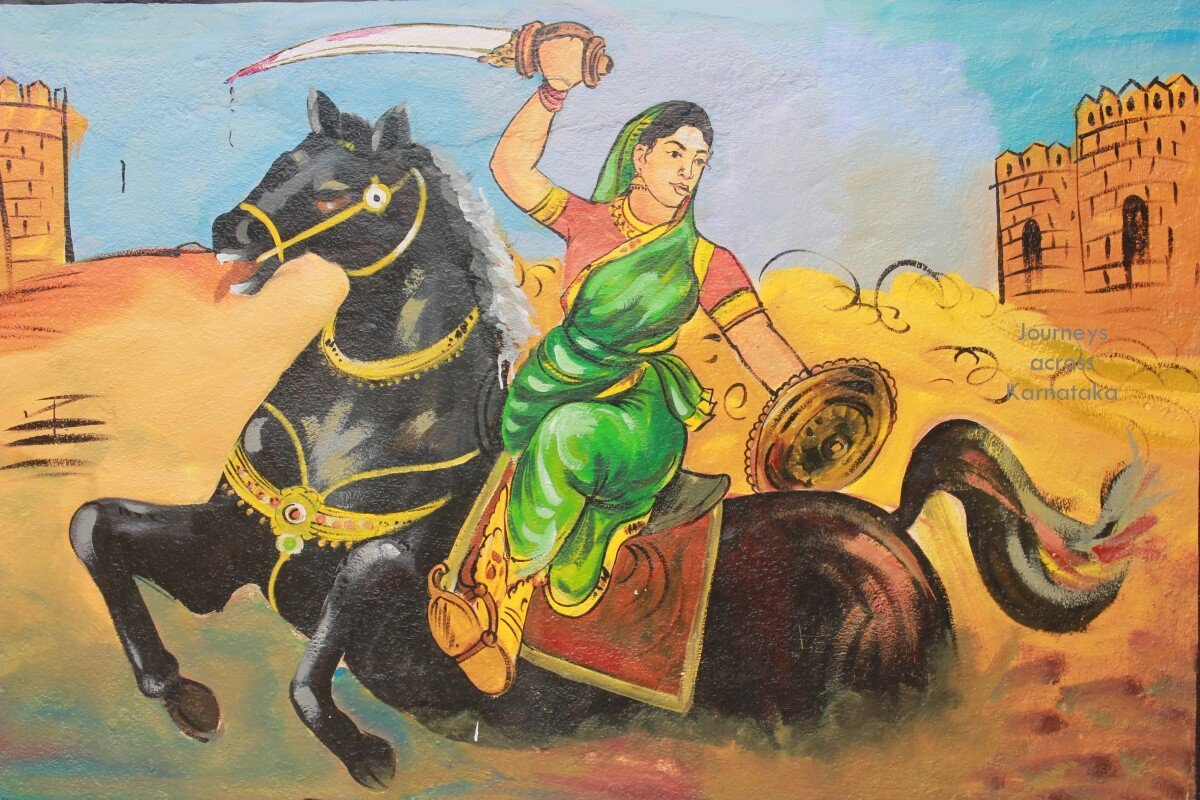 Initially, they took her lightly and sent a few boats and soldiers to capture and bring her back to Goa - Those boats never came back.

Shocked and enraged, they sent a huge fleet of ships this time, under the command of much celebrated Admiral Dom Álvaro da Silveira - The admiral soon returned, badly injured and empty handed.

Thereafter, another Portuguese fleet was sent - only a few injured from the crew managed to make it back.

Then the Portuguese went on to capture the Mangalore port and the fort anyways, perhaps planning to tackle Rani Abbakka Chowta from the convenient distance of the Mangalore fort.

After the successful capture of Mangalore, a huge army under João Peixoto, an experienced Portuguese General was sent to Ullal.

The brief was simple: Subjugate Ullal and capture Abbakka Chowta.

The plan was foolproof- there was no way a 30 year old lady with a few men could withstand the might of an army of thousands with advanced weapons.

The Portuguese reached Ullal and found it deserted. Abbakka was nowhere in sight.

They roamed around, relaxed and thanked their stars - Just when they were about to call it a victory - Mrs Chowta attacked with 200 of her chosen men - there was chaos all around and many portuguese lost their lives even without a fight

General João Peixoto was assassinated, 70 Portuguese were captured and the rest just ran away.

So if you’re Abbakka Chowta, who’s just defeated a large army of aggressors, killed a general, captured fighters and defended her city - What will you do?

- Rest and enjoy the moment right?

Rani Abbakka Chowta, rode with her men towards Mangalore that same night, and laid a siege of the Mangalore fort - She not just broke inside the fort successfully - but assassinated Admiral Mascarenhas the Chief of the Portuguese power there and forced the remaining Portuguese to vacate the fort.

She didn’t just stop at this but went on to even capture the Portuguese settlement at Kundapura, a full 100 kms, north of Mangalore - Just to make a point.

The Portuguese finally managed to get back at Abbakka Chowta by convincing her estranged husband, to betray for money. She was arrested and put in the prison where she revolted again and was killed while trying to escape.

Abbakka Chowta was a Jain who fought against the Portuguese for four decades, with an army comprising of both Hindus and Muslims, a full 300 years before the First War of Indian Independence in 1857.

What did we Indians do to her, as a mark of our respect and gratitude? - We just forgot her.

We didn’t name our girls after her. We didn’t even teach her stories to our kids.

Yes we did release a Postal Stamp in her name, named a boat after her and erected 2 statues - yes just 2 statues in the whole of India for someone who should be our national hero.

We might have got to read a chapter about her in our text books, had she been a European or an American.

Many talk about her being the last Indian to have the power of the agni-ban. In all this cacophony, our generation has lost a great hero - a great source of inspiration.

Still wondering why you’ve not heard about her yet?

Humble request .. not just read.. delete..& forget!
Post it so that people know about our lineage!!